Why you need an OBD2 GPS tracker 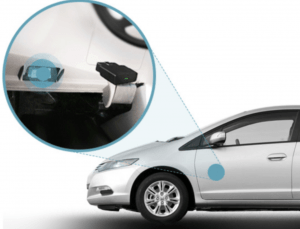 OBD2 tracking may sound complicated, but it’s actually quite simple. On the basic level, it allows for devices to interact with your car in a smooth and simple way – you just plug the OBD2 GPS tracker into your OBD II connector, and the device will work immediately.

In a more technical, and less simple way, OBD II connectors allow for easy diagnostic and analysis of the car through various devices (including the OBD car GPS tracker). They therefore allow for external electronics to painlessly interface with a car’s computer system for various reasons. For OBD2 tracking (such as with TrackingFOX), this reason is for the OBD GPS tracker devices to be able to plug-and-play with the car, allowing not only for power to supply the OBD GPS tracker, but also for you to get extra features like fuel monitoring or driving speed.

But in order for you to fully appreciate OBD2 tracking for devices such as the TrackingFOX OBD GPS tracker, let’s take a little look at what OBD II really is.

What is OBD II?

In general, the OBD “OBD2 GPS tracker” stands for “On-Board Diagnostic.” As a system, it was standardized in the mid-1990s to help car services fix many problems and improve the car’s performance. While it’s intended for diagnostics, lots of devices – such as the TrackingFOX vehicle tracker – have developed that use the OBD system.

Now, you may wonder what does the “2” in OBD 2 stand for. Quite simply, it’s the second iteration of the OBD system. The first OBD (often called “OBD 1”) came about due to a Californian law that required all cars sold in the state to have this diagnostic capability. However, there were no real standards for the system, which is why in 1994 they updated the OBD requirement with a standardized model, which later became known as OBD 2 (often written as OBD II, OBD-II, etc.)

Since then, nearly every new car sold in the US and the world in the last two decades now follow the OBD II standard.

What to look for in OBD2 tracking

Since it’s the standard in all new cars, it’s very likely that the car GPS tracker you’re considering will be an car tracking device. For that reason, it’s important that you know what to look for in the perfect OBD car tracking app.

The most important is that it’s easy to install. Since the OBD II port allow for easy plug-and-play capabilities, the OBD2 tracker like TrackingFOX should plug into the port, install within seconds, and run itself.

That’s the basic requirement. Beyond that, you’ll want to look for the following features in any good OBD tracker:

As you can see, there’s quite a list of things you need to check in order to ensure you have high-quality OBD GPS tracker.

Now, while there are a lot of hidden GPS trackers that use the OBD II port in your car, it can be quite difficult to figure out which one is really the best for your needs. That’s why we’ll go ahead and recommend the one that definitely fulfills your needs, but won’t break the bank.

So now that you’ve got a good idea of what an OBD2 vehicle tracking device is, let’s look at our top recommendation for the best OBD tracker: TrackingFOX. Let’s go through this amazing live gps tracker and see why it’s such a great OBD GPS tracker.

And that’s it! You can then start using all the great features that TrackingFOX presents to you, which we’ll be discussing below.

One of the biggest benefits of the TrackingFOX OBD vehicle tracker is that it comes in at a pretty good price. However, while “low-priced” often means “low-quality,” the same cannot be said for TrackingFOX’s OBD GPS tracker.

Here, you’ll not only get a great price, but also a very dependable and reliable OBD vehicle tracker. That’s because TrackingFOX is powered by a highly-sensitive, built-in GPS and GSM antenna that is completely wire-free.

You can configure TrackingFOX’s OBD GPS tracker as you like

TrackingFOX comes with a huge advantage that you can add a significant amount of alarms by configuring the OBD2 tracking system. These alarms include the always-popular geofencing alert, which will allow you to see when a designated vehicle fitted with an OBD vehicle locator is entering or leaving a zone you specify. This can be a school, place of work, leisure or hobby location, or much more.

You can also configure the OBD car tracker to give you movement notifications or even if the ignition has been turned on. That way, you can rest peacefully knowing that you’ll know immediately if something happens to your car at any time, day or night.

Lastly, this OBD vehicle locator, which can be used from anywhere between -20C (-4F) to 70C (158F), provides drivers with a great guarantee. If you buy the TrackingFOX device, you’ll get a 2-year warranty.

This really will provide you with peace of mind in case anything happens to the TrackingFOX gps vehicle locator during that time.

The OBD or OBD II port on fairly modern cars have made it much easier to not only diagnose issues with the car, but also to provide extra safety and security features. One of those is the OBD2 tracker, which easily plugs into the OBD connector and provides real-time location information for OBD2 tracking, as well as other great features mentioned above.

The best real time gps tracker that we can recommend is the TrackingFOX OBD2 tracking device, which will help allow you to easily and accurately track your vehicle at any time, in any place.

Grab the deal before it’s too late!